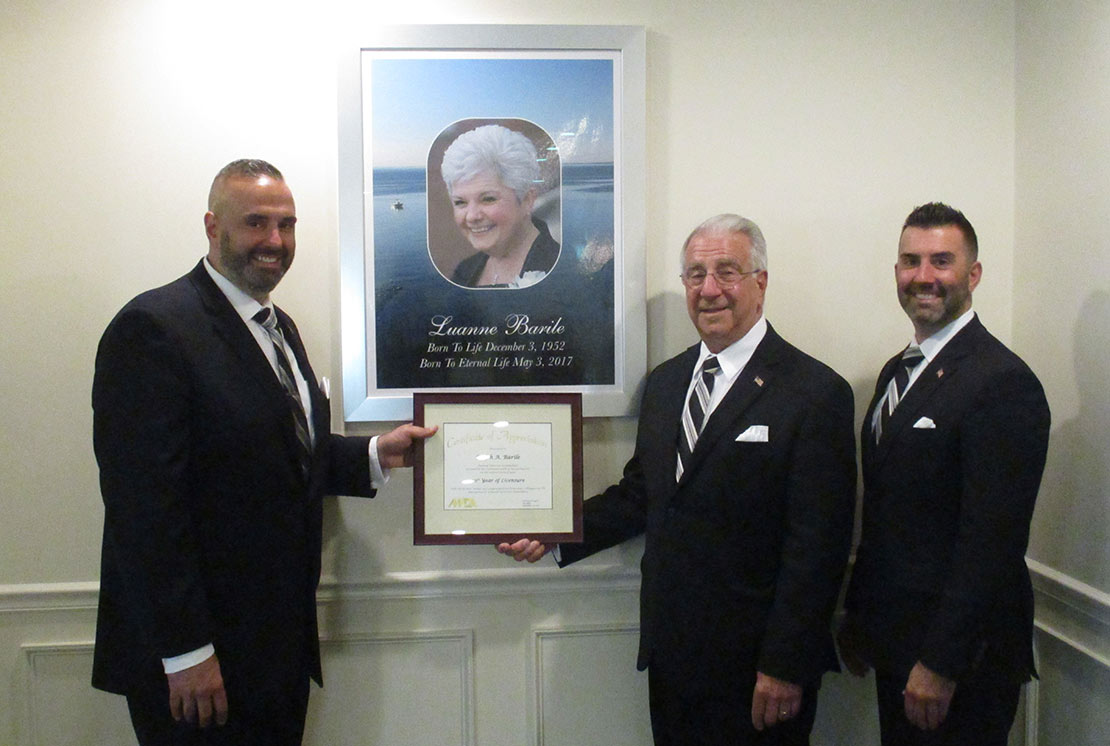 Ralph A. Barile receives award for 50th year of licensure.

During a recent Massachusetts Funeral Directors Association award ceremony, Ralph A. Barile was presented an award for celebrating his 50th year of licensure to practice in funeral service in Massachusetts.

When receiving his award, Ralph said “It has been an honor to help the families I have been privileged to serve over the last 50 years. We believe that funeral service is a calling and I’m proud to have been called upon completion of high school.”

A native of Pittsfield, Ralph along with his wife Luanne (Nardella) of Somerville, have been residents in the Town of Stoneham since 1998. Being very active in the community Ralph was president of the Stoneham Chamber of Commerce and The Rotary Club of Stoneham, member of St. Patrick’s Church, St. Patrick’s Holy Name Society, Sons of Italy, The Appian Club, and continues to serve in many clubs and organizations in Stoneham and Reading.

Their sons joined the family business, Kevin becoming a licensed funeral director in 2003 and Ralph in 2005. Today they continue the legacy with the same sensitivity, trust, respect and dignity that has always been the trademark of Barile Family Funeral Home.