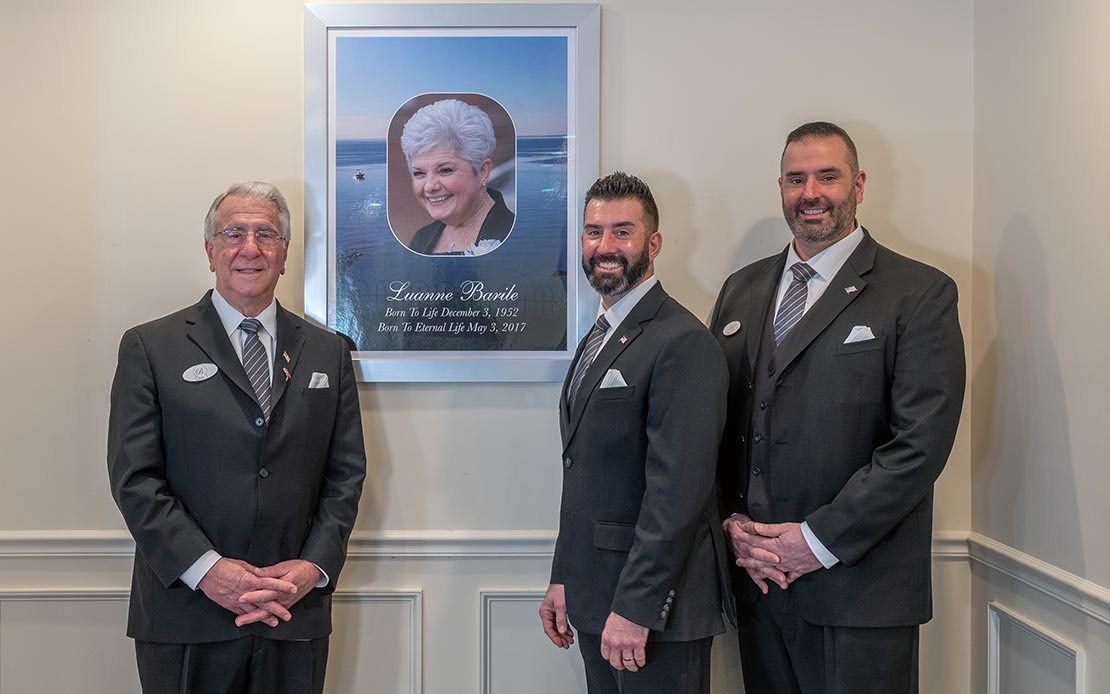 Since 1993 Barile Family Funeral Homes & Cremation Service has been family owned and operated. Throughout the years our goal has been to provide helpful and caring service to families planning for the death of a loved one. It remains our top priority today. Whether you are planning in advance or at a time of death, we can assist you in arranging the service that is right for you. 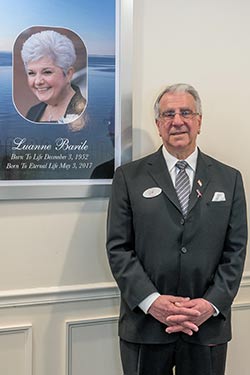 Ralph A. Barile - Founder and Owner

Ralph A. Barile purchased the Barile Family Funeral Home of Stoneham in December of 1993 and the Doherty Barile Family Funeral Home of Reading in March of 2003. A graduate of New England Institute of Applied Arts and Sciences class of 1970, he celebrated his 50th year practicing funeral service in 2018. A native of Pittsfield, Ralph and his wife Luanne (Nardella) of Somerville, have been residents in the Town of Stoneham since 1998. Being very active in the community Ralph was president of the Stoneham Chamber of Commerce and The Rotary Club of Stoneham, member of St. Patrick’s Church, St. Patrick’s Holy Name Society, Sons of Italy, The Appian Club, and continues to serve in many clubs and organizations in Stoneham and Reading. He is also a member of the Massachusetts Funeral Directors Association and the National Funeral Directors Association. Ralph was a member of the Massachusetts State Board of Embalming and Funeral Directors and was appointed by acting Governor Jane Swift. In his spare time, Ralph loves spending time with his family, most especially his grandchildren. 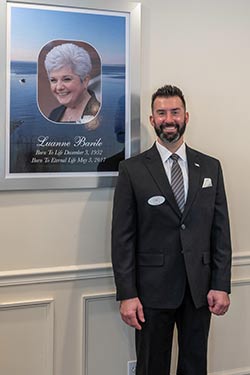 Kevin M. Barile began working with the funeral home in 2001 upon completion of his Bachelors Degree in Marketing and Management from the University of Massachusetts Lowell. In the fall of 2002 he continued his studies and became a licensed funeral director within the Commonwealth of Massachusetts in 2003. He is very active within the communities of Reading and Stoneham. He currently serves as a member of the Reading Rotary Club, Reading North Reading Chamber of Commerce, Reading Knights of Columbus Council 1031 and serves as a member of the St. Athanasius Pastoral Council. 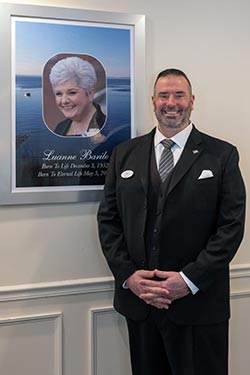 Ralph A. Barile began working with the funeral home in 2002. Ralph graduated from Woburn High School in 1995 and received his Bachelor's Degree in Criminal Justice from Westfield State College in 1999. In the fall of 2003 he continued his studies and became a licensed funeral director within the Commonwealth of Massachusetts in 2005. In addition to professional involvement, Ralph is actively involved in numerous civic and social organizations in the Stoneham and Reading area. His current & past civic involvements include Stoneham Rotary Club, serving as President from 2010-2011, Stoneham Chamber of Commerce, serving as a Board Member, The Stoneham Business Climate Committee, Reading Knights of Columbus Post # 1031 serving as Officer, The Appian Club of Stoneham, Burbank YMCA in Reading serving as a Board Member, a Corporator of Stoneham Savings Bank, Board Member of the Boys and Girls Clubs of Stoneham and Wakefield, The Massachusetts Funeral Directors Association and The National Funeral Directors Association. He is also a member of St. Agnes Catholic Church in Reading and St. Patrick Church Catholic Church in Stoneham. Ralph is married to Jillian (LeBlanc) and lives in Stoneham with their children.